A Bored Ape Yacht Club NFT sold for $2.8 million last night as demand for the collectible reached new heights. The current floor price for a Bored Ape is 116.9 Ethereum. 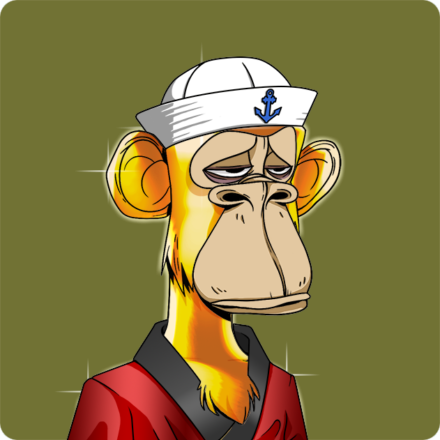 Although last night’s sale was Bored Ape’s biggest transfer to date in terms of Ethereum, it is not the highest price paid for one of the NFTs. In September, The Sandbox purchased Bored Ape #3749 for 740 Ethereum worth $2.9 million at the time.

This sale comes as demand for Bored Ape Yacht Club NFTs peaks. Over the weekend, the floor price of the collection reached 100 Ethereum and has since risen to 116.9 Ethereum, or around $295,000 at the current price.

Last week, Canadian pop icon Justin Bieber became the latest celebrity to participate in the collection by donating 500 Ethereum for his very own monkey. He followed the likes of Steph Curry, Eminem, Paris Hilton and Jimmy Fallon, who entered this exclusive club, amid growing public interest in NFT technology. Last week, Hilton and Fallon showed off framed photos of their NFT Bored Ape on The Tonight Show, which may have contributed to the latest flare-up.

Bored Ape Yacht Club launched in April 2021 as a collection of 10,000 monkey NFTs on Ethereum. Anyone could mint a monkey for 0.08 Ethereum, which was around $200 at the time. Since then, Bored Ape Yacht Club has spawned a thriving community of collectors, signed major deals with companies like Universal and Adidas, and become the most recognizable brand in the NFT space.

© Inewstoday All Rights Reserved.
Do NOT follow this link or you will be banned from the site!